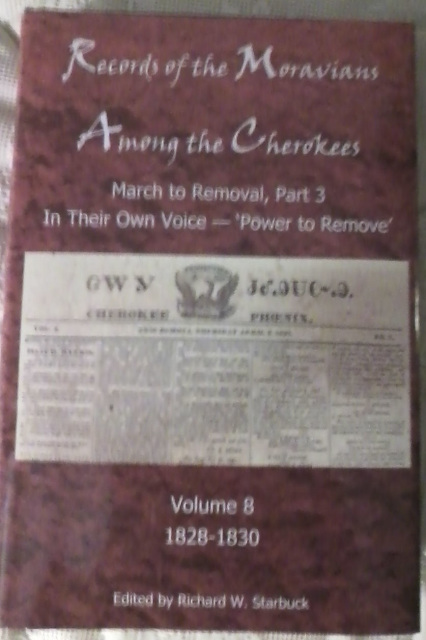 Records of the Moravians Among The Cherokees, Volume 8

This new publication, Volume 8 in this series, is now available. "Records of the Moravians Among The Cherokees, Volume 8 (1828-1830): March to Removal, Part 3" covers the brief span of just two and one half years, 1828-July 1830 when events sealed the fate of the Cherokees east of the Mississippi.” Though some Cherokees had emigrated to the west, the majority chose to remain in their ancestral homeland. Changes came quickly. Those who stayed were given choices of emigration or live as second-class citizens under Georgia laws. In May 1830 Congress gave President Jackson the “power to remove” not only Cherokees, but all Native Americans east of the Mississippi. This series of books provides first-hand accounts of daily life among the Cherokees, as written by the Moravian missionaries.