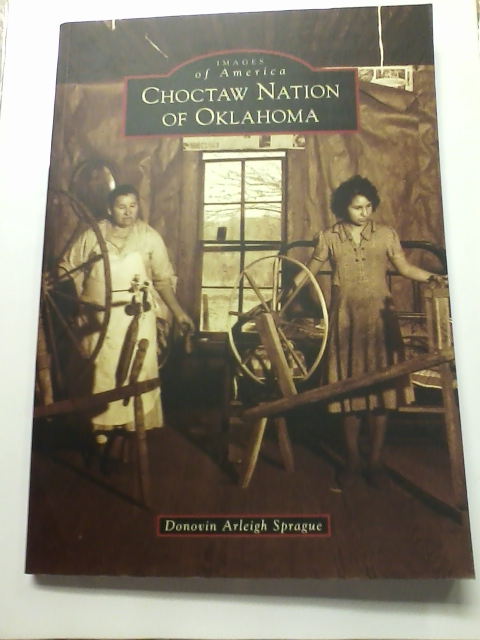 “According to oral history, the tribe originated from Nanih Waya, a sacred place near present-day Noxapater, Mississippi. These people have made difficult transitions throughout their history. In 1830, the Choctaw who were removed by the United States from their southeastern U.S. homeland to Indian Territory became known as the Choctaw Nation of Oklahoma“. This book was published in 2007 by Arcadia Publishing Co. It contains a fine overview of the history, as well as the accomplishments of the tribe. It contains 200 photos, and is indexed.128 pages.