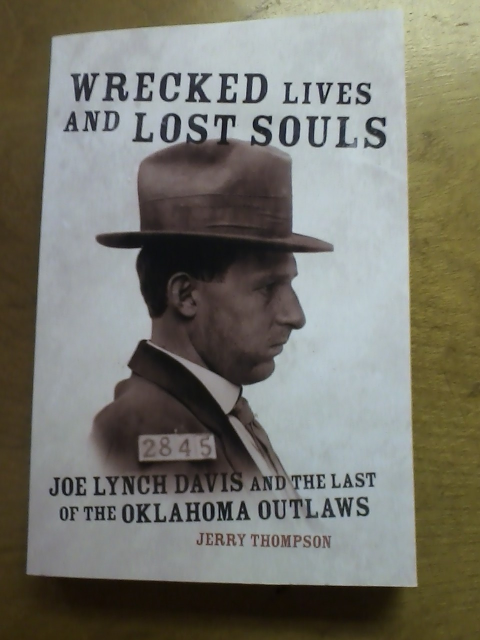 Wrecked Lives and Lost Souls: Joe Lynch Davis and the Last of the Oklahoma Outlaws

Published inOctober 2019, the author has done extensive research about his grandfather, Joe Lynch Davis, who was a Cherokee cowboy, a resident of Indian Territory /Oklahoma in the early 1900’s. The book “uncovers the lawless life and times of a man at the center of systematic cattle rustling, feuding, gun battles, a bloody range war, bank robberies and train heists“. Davis was born in 1891 and grew up on the family ranch near the community of Porum. Thus, his involvement in the decade-long Porum Range War. A fascinating chapter in the history of early Oklahoma.. Jerry Thompson is Regents Professor of History at Texas A&M University. 328 pages,including index, and 22 illustrations,1 chart, 5 maps.Paperback.