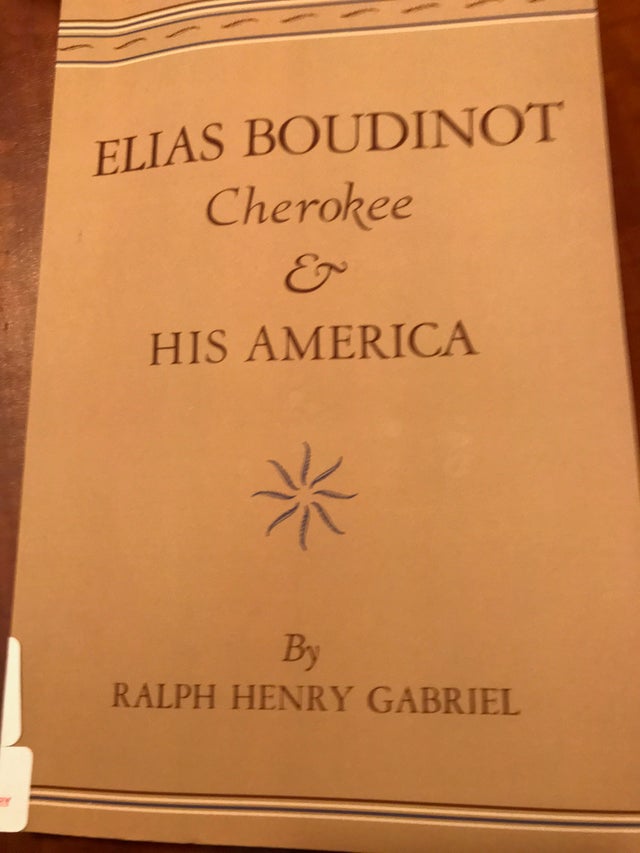 Elias Boudinot: Cherokee and His America

This book was originally published in 1941 by University of Oklahoma Press. It is recently reprinted and is the history and story of Elias Boudinot. He was a formative part of Cherokee history, educated by Moravian missionaries in Georgia, and at the Foreign Mission School in Cornwall, CT. There he met and married Harriet Gold who settled with him in his Cherokee homeland. Elias and Samuel A. Worcester, published the Cherokee Phoenix newspaper in Georgia. There Elias joined with friends and relatives, the Ridges and Waties, urging removal to the West. It was a tumultuous time for the Cherokee, Elias made the move west to Indian Territory, and met his death there at the hands of assassins in 1839. Paperback, 190 pgs, inc. index and illustrations. Also available at Talbot Library and Museum Bookstore.